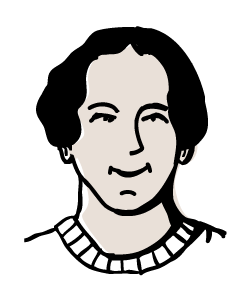 The holiday season is the perfect time of the year to make fond memories with those you love. Perhaps, you’re the proud parent of young kids. If your children will be out of school for a couple of weeks over the Christmas holidays, plan something special for them. Consider introducing them to the visual arts. To help you accomplish this worthwhile task, take your little ones to a few art galleries and museums in your part of the country. While at these exciting places, talk about the paintings, photographs, sculptures, and other forms of visual art on display. On this blog, I hope you will discover fun ways to help your kids become interested in the visual arts. Enjoy!

The search for collectible figurines usually hinges on authenticity (for older, rarer figurines) to completeness and accessibility (for new figurine series). This is still true to an extent for American Indian figures, but there's an added component when you look to buy figures depicting Native Americans. It's too easy to end up with figures that are stereotypical or that depict scenes incorrectly. A little bit of research is necessary to ensure the figures you get are ones you'll be happy to display.

First, look for accurate depictions and descriptions. You can look online now to find out what clothing for various nations looked like at different times. This is especially important if you want to buy figures that state that the people depicted are from a certain nation; it just looks silly to have a figure labeled as Cherokee when the person depicted in the figure is wearing Mojave clothing or to have a figure showing someone doing manual labor while wearing elaborate regalia.

Watch Out for Appropriated Symbols

Sometimes these figures have symbols on them that are not used in the correct context or that have developed a reputation as commercialized and appropriated, rather than appreciated. The dream catcher is one such symbol; this is a real American Indian item that originated with the Ojibwe and spread to other nations – and then was co-opted by non-Native American people and turned into a trinket. If you have a dream catcher that was given to you by (or that you bought directly from) a Native American person and you've researched the meaning and usage, that's fine. But in other contexts, it could be seen as appropriation. When you look for figures to collect, try to find those that use any symbols like that in a correct interpretation.

Try to Purchase From Native Artists

Do try to purchase figures and other indigenous art from Native Americans. This allows any profits to benefit Native Americans instead of a random company that has nothing to do with the culture or history. Granted, sometimes you see figures that you think are wonderful and they're made overseas by a non-native company; whether you buy those figures is a judgment call on your part. Do try to at least look up the nation the figure is supposed to represent and see what you can learn about anything or anyone depicted by the figure.